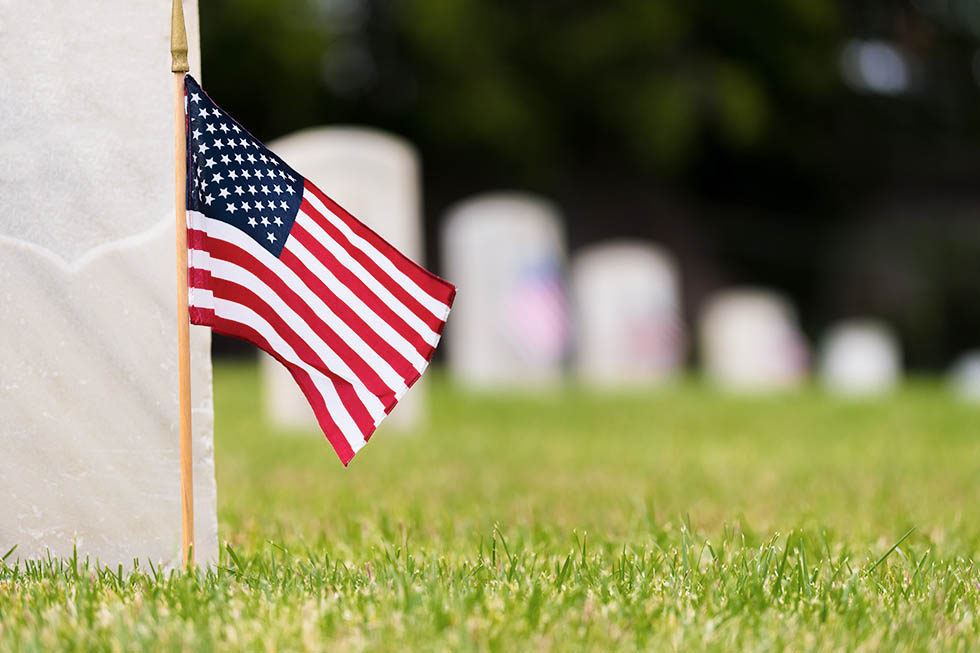 “Those who have long enjoyed such privileges as we enjoy forget in time that men have died to win them.” – Franklin D. Roosevelt

Founded by Union General John A. Logan, Memorial Day was originally known as Decoration Day to honor the Union and the Confederate soldiers who died during the American Civil War. By the 1900s it had become a day to celebrate all American soldiers who died while serving in the military.

Many of us unofficially see Memorial Day as the beginning of the summer season. It’s a day we typically gather with family, watch a local parade, and visit cemeteries to lay flags or flowers on the headstones of our fallen heroes. Check out our list of traditions to celebrate our National holiday.

The Memorial Day Foundation is resurrecting this forgotten tradition as a visible symbol to honor and remember those Americans who gave their lives for our freedom and liberty.

Visit cemeteries and place flags or flowers on the graves of our fallen heroes.

Every year 40 million Americans travel to Arlington National Cemetery in Arlington, VA to honor those who have fallen while fighting for our country. Some people wear a red poppy in remembrance—a tradition that began with a World War I poem, “In Flanders Field,” written by Lieutenant Colonel John McCrae in 1915.

Fly the U.S. Flag at half-staff until Noon.

According to The National Flag Foundation, the flag is flown at half-staff until noon to celebrate the sacrifice of those who fell in battle, and then raised back at its full height until sunset to signal hope beyond death, and honor those who survived the battle.

Cities and towns across the United States host Memorial Day parades each year, often incorporating military personnel and members of veterans’ organizations. While many of the local festivities have been cancelled you can still celebrate from the safety of your home. The National Veterans Center is broadcasting the National Memorial Day parade until July 4th.

It’s believed the custom to commemorate Memorial Day with a barbecue began with the original tradition of having a picnic lunch on the burial sites of the fallen loved ones.

Participate in a “National Moment of Remembrance.”

To ensure the sacrifices of America’s fallen heroes are never forgotten, President Bill Clinton signed into law, “The National Moment of Remembrance Act,” in December 2000. The law encourages all Americans to pause wherever they are at 3 p.m. local time for a minute of silence to remember and honor those who have died in service to the nation.

However, you decide to celebrate, thank you to all those who have served, sacrificed and lost a loved one for our freedom.

“The willingness of America’s veterans to sacrifice for our country has earned them our lasting gratitude.” – Jeff Miller