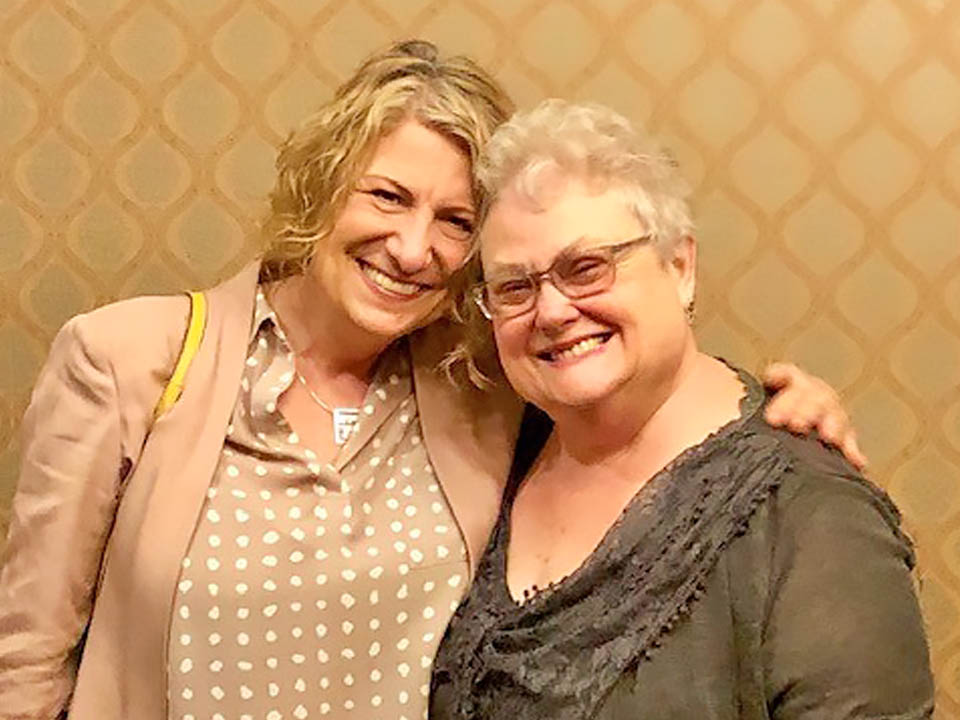 Barbie Sharrard was united for the first time with a sister she never knew existed.

Barbie was at a quilting retreat when she got a surprise phone call from her older daughter Margot. “Mom, you’ve got a sister!”

With their mother’s permission, Barbie’s daughters Margot and Jill had done some sleuthing into their mom’s past. They all knew Barbie was adopted, but no one knew that her birth mother had delivered a second daughter 14 years later.

When Margot phoned Kris Bennett of Kirkland to confirm the family tie, the new-found sister burst into tears. Kris had been told that her older sister was stillborn.

Barbie said the two sisters met at Wesley Lea Hill in the Eby Lodge dining room. “We had lunch and visited for three hours. We couldn’t stop smiling!” said Barbie.

“This is a very special time for our family!” said Margot.

Barbie said that the excitement and joy of that first meeting has continued to grow.

The long-lost sisters and various other family members met again recently at Kris’ home. There, Kris shared memories of their mother as well as photos of their relatives.
Barbie observed, “It was fun to see how I don’t look like my mother at all, but I look just like my birth father and his mother.”

While the reunited sisters plan on meeting at least once a month, Barbie’s daughters are orchestrating an early Thanksgiving dinner to bring together nearly 30 members of this extended clan.

“It’s like a crazy quilt,” said Barbie. “We are all so happy to get to know one another.”