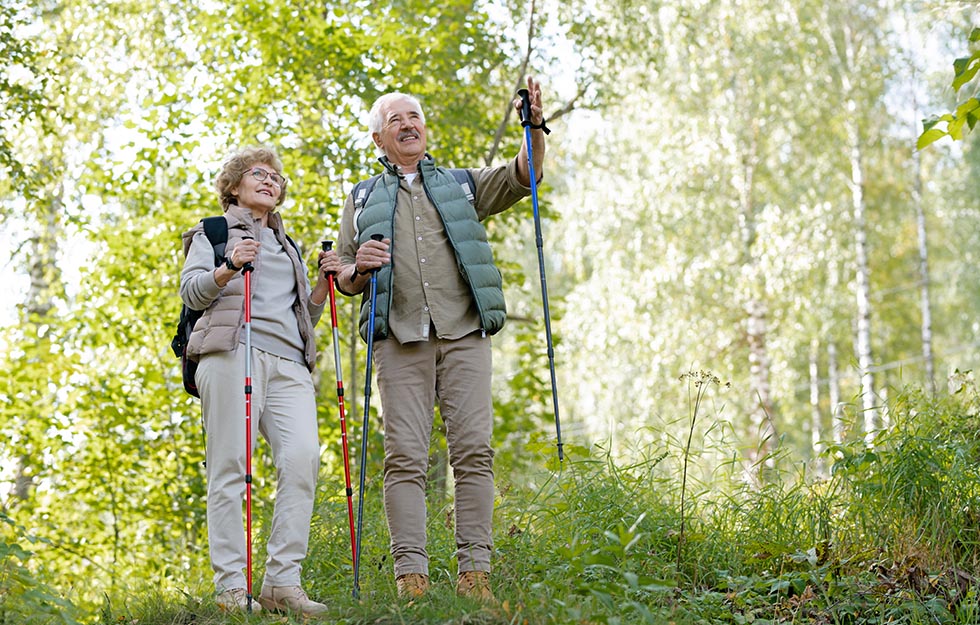 Our Friendly Guide to Tree Spotting in the Pacific Northwest

“Between every two pines is a doorway to a new world.” – John Muir

The next time you’re walking among the timber, point your eyes up and discover the many different species of trees surrounding you. Our friendly guide to tree spotting will help you discover the 10 most common trees of the Pacific Northwest.

Big Leaf Maple
This tree truly lives up to its name with huge leaves up to a foot wide. The leaves are simple, 5 lobed and veined. The fruit is a double samara growing at right angles to one another with fuzzy heads resembling a pair of airplane propellers.

Douglas Fir
This iconic Pacific Northwest tree can usually be identified by the bark alone. On large trees, the thick bark is gray to brown and deeply furrowed. On its branches, the green needles are approx. one inch long with a blunt tip. Look for woody cones with pitchfork-shaped bracts and overlapping scales. 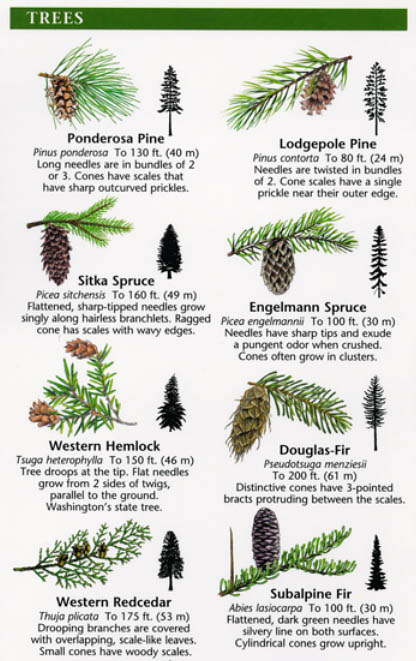 Hemlock
Resembling a large Christmas tree the Hemlock has distinctive droopy tops and branches full of short yellow-green needles with two white bands on their undersides, generally under 1” long. Its woody cones are typically one to three inches long and egg-shaped.

Western Red Cedar
Perhaps the most iconic tree in the Pacific Northwest region the red cedar’s bark is cinnamon-red and relatively thin. Its tiny, scale-like foliage appears bright green on the upper side and waxy green beneath. The familiar fragrant wood was known as the “tree of life,” to many of the indigenous peoples of the northwest due to its ability to create tools, clothing, baskets, canoes, house, and totem poles.

Sitka Spruce
Perhaps no other tree is more strongly associated with the coastal zone of the Pacific Northwest. Commonly confused with the Douglas-fir, but with a closer look spruces have stiff, prickly needles that are green above and blue-green to white below.

Alder
The whitish bark identifies the alder as surely as a flat tail identifies a beaver. Their peculiar woody cones (called strobiles) hang from the tree throughout winter while their leaves continue to stay green after they shed.

Cottonwood
Each spring the cottonwood fills the air with their cottony fruits. The exceptionally long stem of the silvery or white triangular-shaped leaves causes them to flop and twist in the wind. In the fall they turn bright yellow.

Ash
In the fall look for their bright red foliage with dry, winged seeds that resemble canoes.

Madrone
With colors ranging from orange to bright green, the peeling trunks of this broadleaf evergreen is this tree’s most distinctive feature. While not all species of madrone peel, their leaves are generally oblong in shape with either smooth or serrated edges.

Cherry
Known for their beautiful white or pink blossoms in the spring mature trees take on the shape of an umbrella. Their leaves are oval, toothed, and have a point at the top. Look for the horizontal marks in the bark that look like small cuts that are darker or lighter than the rest of the bark.