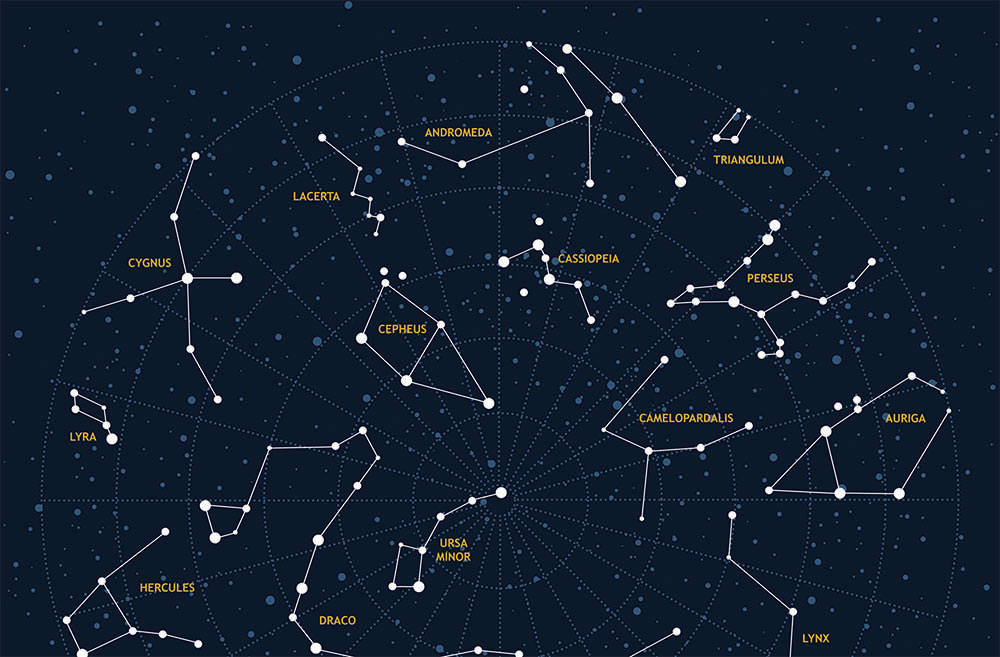 Summer Stargazing Without a Telescope

On a clear night, the sky is full of glowing planets and twinkling stars. While our ancestors were the first to notice the clustering of stars to form patterns in the sky, it was the Greeks and Romans who named the constellations after the heroes in their stories. During the next starry night, simply look up and let your imagination wander. Here are a few tips to get you started.

Now that you have the proper tools to get started, here is a list of constellation characters to easily spot during these summer months.

Containing one of the most visible star groups in the sky is Ursa Major, or more commonly known as, The Big Dipper is derived from the seven stars forming the shape of a ladle or dipper. The three stars that form the handle of the dipper also form the long tail of this grouping’s other name, The Great Bear. Legend has it, Hera, the queen of the gods, was jealous of a beautiful young woman named Callisto. When Zeus, the king of the gods, found out his wife was plotting to hurt Callisto, he changed her into a bear to keep her safe. Throughout the year The Great Bear quietly stalks around the North Pole, the two bright stars across her back pointing straight to Polaris, the North Star.

Not as bright as the larger of the matching shapes, Ursa Minor, is comprised of eight stars forming the shape of the Little Dipper. At the end of the handle shines Polaris. Storytellers recall how Callisto’s son, Arcas was out hunting and unknowingly stumbled on his transformed mother. Zeus not wanting Arcas to shoot his mother changed her son into a small bear. Throughout the year he can be seen trailing close behind his mother, The Great Bear.

Cygnun is composed of two crisscrossing rows of stars forming The Northern Cross and the shape of its namesake, The Swan. Three prominent stars anchor the tail, at its tip, the brightest star Deneb, the large white star Sadr is seen where the two rows intersect, and just above the flying swan’s long neck is the most brilliant, Vega. According to lore, Cygnus watched as his best friend Phaethon was thrown from his father’s sun chariot into a river. Cygnus dove into the water trying to save his friend, but was too late. To relieve Cygnus from his deep sadness the gods turned him into a swan. When looking for Cygnun in June to November, face north and look over your right shoulder for Vega.

Our newest campus, Wesley at Tehaleh, has a multitude of on-campus amenities that include forested walking trails, lush resident gardens, daily organized activities, and stargazing. Wesley at Tehaleh is designed by the inspiration of nature and follows the surrounding community’s dark sky policy, which encourages installing light fixtures that cast little or no light upward, making it a great place to stargaze.